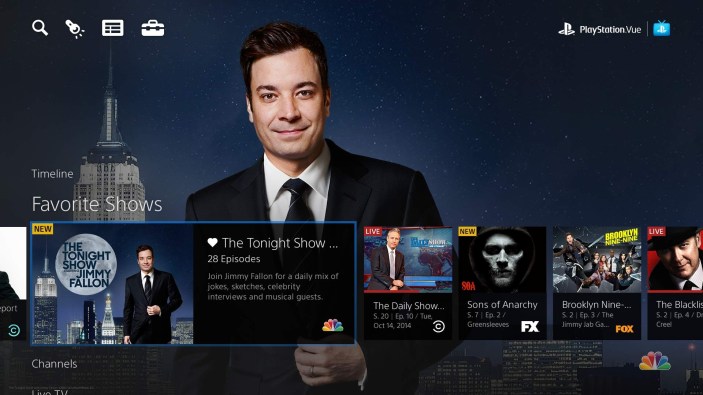 I cannot post an article about PlayStation Vue without receiving a ton of comments, messages, and tweets from readers saying something along the lines of “I would love to try it out but I do not own a PlayStation.”
Just guessing here but I would bet that Sony is losing thousands of subscribers if not tens of thousands because of the confusion created by the name. With PlayStation Vue working on iOS, Fire TV, and Chromecast on top of the PlayStation it really is confusing to many.

Sony really should look at dropping the PlayStation and just call it Vue TV. That would give them a modern simple name without the confusion.

PlayStation Vue offers local channels in several markets around the United States, which is a great service if you live in an area with no over–the–air reception. But what if you get all your local channels with an antenna and you just want cable channels? Tough luck! If you want to use PlayStation Vue in areas with over-the-air local channels you’re paying an extra $10 even if you do not want to…

Sony really should take a note from Sling TV and make local channels an option and not force them on people who do not want them.

First let me say I fully understand why they have a limitation on where you can use your 5 stream plan. My issue is the lack of options with their plans. What if you travel a lot for work? Want to use the service at your cottage?

PlayStation Vue really should offer an option for the same price for 2 streams but with no limitation on location. Many people would happily pay for the ability to watch their content on the road.

Overall PlayStation Vue is a good service with some annoyances, but they have several major issues that must be holding back Sony’s new streaming service.