How to stream UFC 239 on Roku devices

UFC 239 is set to feature one of the best fight cards in recent memory, with Jon Jones, Amanda Nunes, and Ben Askren headlining the event. UFC 239 is available exclusively for ESPN+ subscribers for $59.99 via your Roku devices. 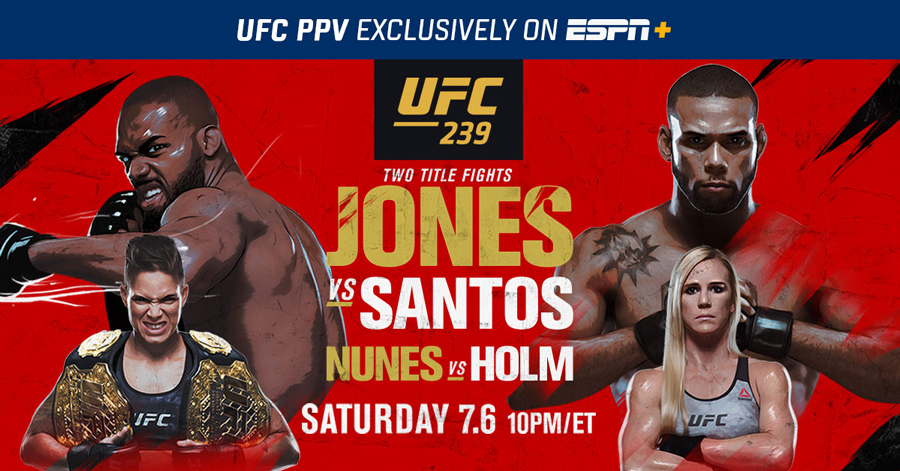 UFC 239 will be streaming live exclusively on ESPN+ from T-Mobile Arena in Las Vegas Saturday, July 6th. The early prelims kick off at 6:15 PM/ET on ESPN+, prelims at 8PM/ET on the PPV card, and the main card begins at 10PM/ET.

How to stream UFC 239 on Roku devices:

ESPN and ESPN+ is now the exclusive home for UFC fans. Throughout the year they’ll broadcast live Pay-Per-View fights and UFC Fight Nights. Exclusively on ESPN+ you will be able to steam originals like Dana White’s Contender Series, Ariel & The Bad Guy, and the Best of UFC archive.

The post How to stream UFC 239 on Roku devices appeared first on The Official Roku Blog.