It’s March Madness time again, streamers! I don’t know about you, but I feel like I might be coming down with something and need some quality time on my couch [cough, cough]. 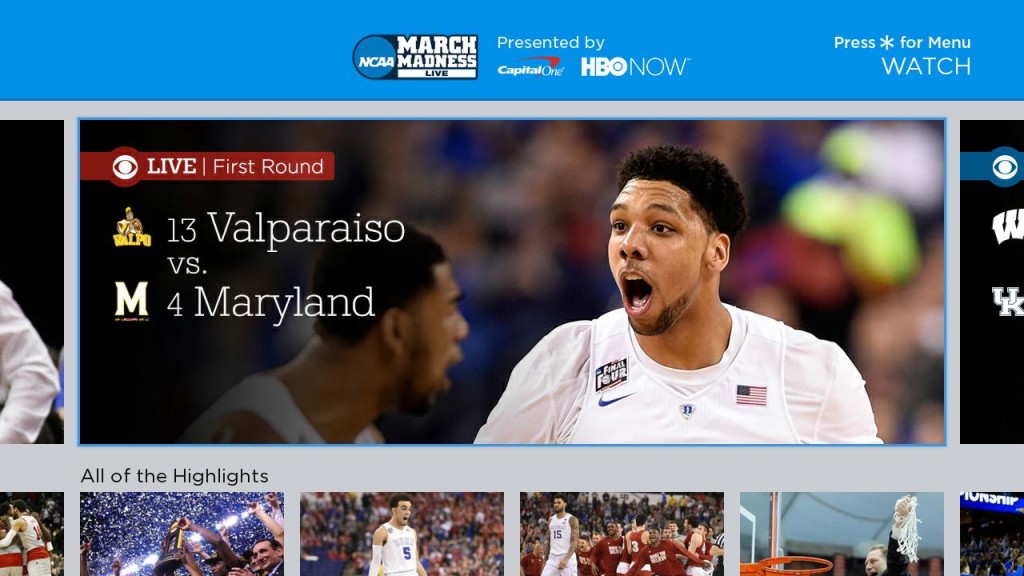 Beginning with the announcement of the brackets on Selection Sunday through the final buzzer in Houston, pay TV subscribers will be able to watch all of the action via NCAA March Madness Live, accessible Thursday, March 10. Subscribers will have unlimited live streaming coverage throughout the entire championship and access to all games airing live on TNT, TBS and truTV by logging in with their TV service provider information. 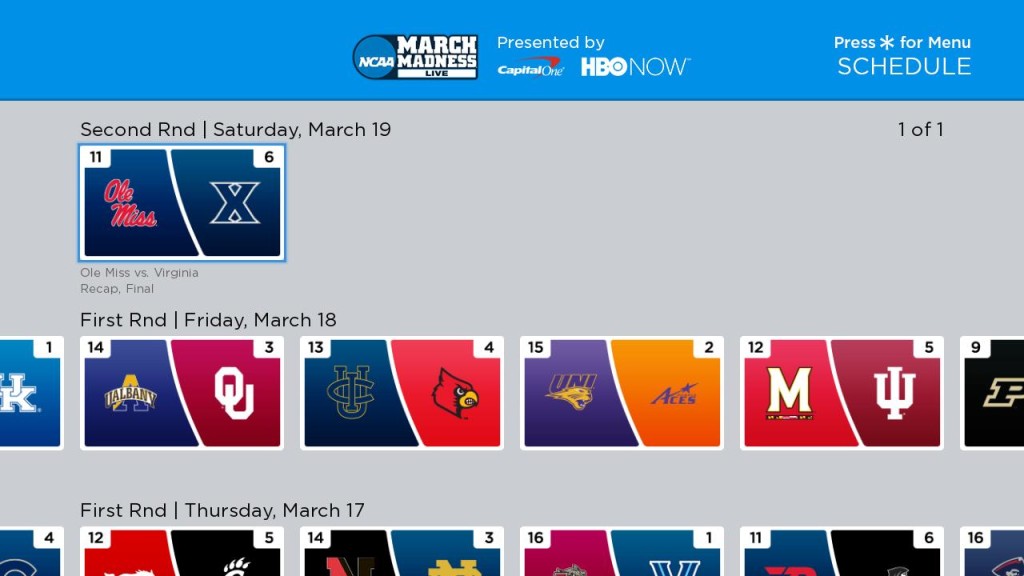 Find the March Madness channel in the “Sports” category in the Roku Channel Store now on Roku players and Roku TV models.