You asked, it’s here! You now have even more options to watch live TV on your Roku device – starting today you have access to more than 100 of your favorite live TV channels on the cloud-based TV service, PlayStation™Vue, available on Roku players and Roku TV models in the U.S.

PlayStation Vue is the first pay-TV service available nationwide that offers more than 100 top live sports, movie, and TV channels, with unique features like simultaneous streaming and an unmatched cloud DVR. With its unique cloud DVR, PlayStation Vue allows users to record hundreds of shows at once, with thousands of hours of storage. 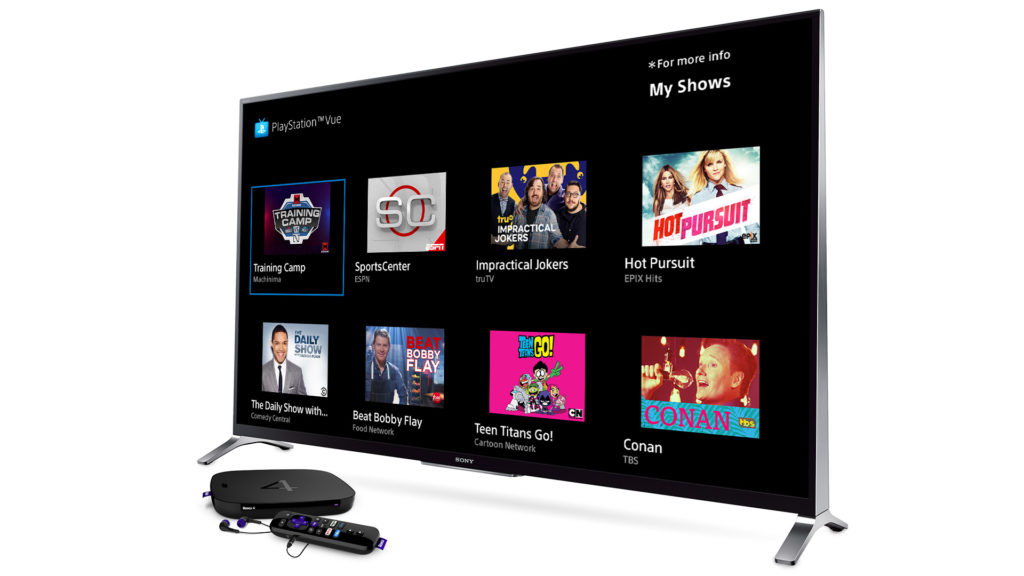 With an Internet connection, there are no additional fees, such as monthly set-top box fees, or long-term contracts for PlayStation Vue. The three multi-channel plans start at $29.99 per month and all plans include a seven-day free trial for first time subscribers:

Find the PlayStation Vue channel in the “Movies & TV” category in the Roku Channel Store now on Roku players and Roku TV models.