Ready for a new adventure? discovery+ has got you covered with all new shows that take you from the sofa to so far away.

Put on your detective hat with all-new true crime content like Unraveled: The Long Island Serial Killer, get spooked by the paranormal with Ghost Adventures and explore the most remote places on Earth with The Last Uknown.

With discovery+ there’s no limits to what you can discover next. 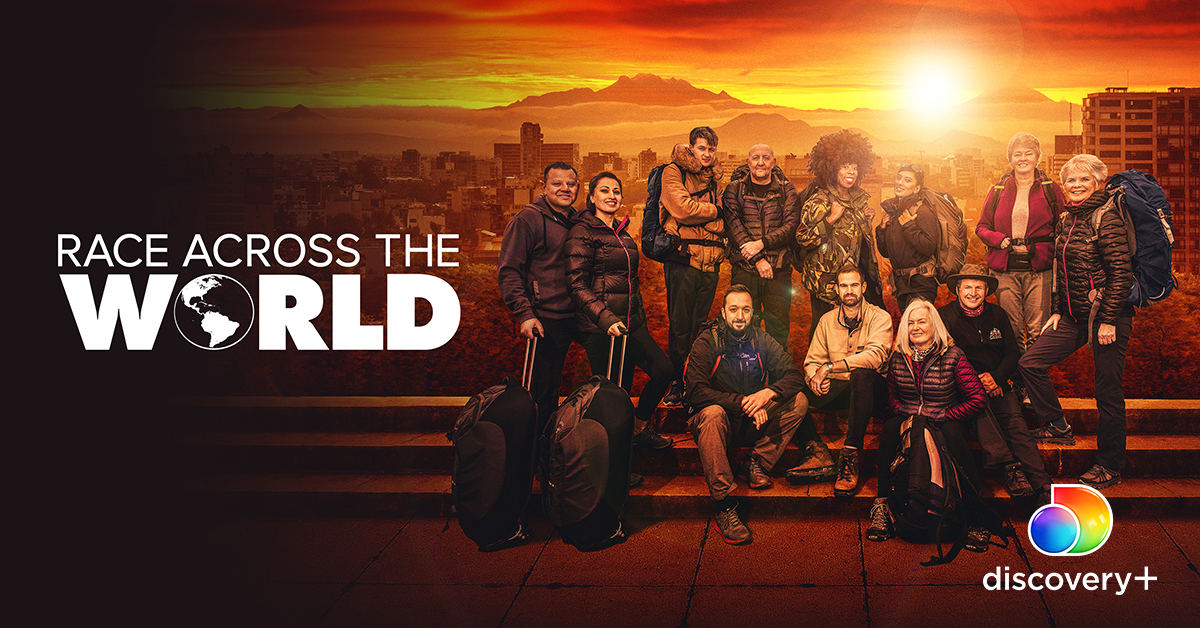 New on discovery+ in March:

In May 2007, three-year-old Madeleine McCann vanished from a holiday resort in Portugal. Now, German police believe they know who is responsible for the crime. Interviews with investigative journalists explore this new suspect.

Using powerful case studies drawn from her popular TV shows Deadly Women and Facing Evil, former FBI profiler Candice DeLong works to find common behavioral links between some of the world’s worst perpetrators. What is it that make these criminals tick? Candice uncovers the red flags that might just save a life.

We’re increasingly living our lives online, unaware of the risks that can lie ahead. Looking for friendships, love, sex or business opportunities has led many into a twilight world of seduction, danger, and false identity. What unites these shocking tales of true crime is their unpredictability. You never know where the web of lies will lead.

It’s been over a decade since 11 bodies were found on the coast of Long Island. Among a backdrop of police corruption, sexual misconduct and cover-ups at the highest levels of the Suffolk County Police Department, co-hosts Alexis Linkletter (The First Degree) and Billy Jensen (The Murder Squad) look at why the case remains unsolved, investigating the investigation itself to expose the untold story of the Long Island Serial Killer. Companion podcast releases every Wednesday.

Dateline correspondent Keith Morrison looks at how the1985 murder of Helen Wilson rocked the small town of Beatrice, Nebraska. Four years after the murder, six people were convicted of the crime, but one of the six, Joseph White, fought for two decades to overturn his conviction and prove his innocence. When DNA evidence from the crime scene was finally tested, and a new investigation into the murder was opened, the results turned the case and the town upside down.

With more than two decades of experience in the judicial system, no one knows the delicate dance between arrest and conviction better than former Brooklyn homicide prosecutor Anna-Sigga Nicolazzi. In True Conviction, she travels across the country to reveal how the nation’s top prosecutors tackled their toughest cases   Reviewing the crime with the detectives who were on the scene and connecting with those who were left behind, Nicolazzi reveals how homicides are solved on the street but won in the courtroom.

The story of Patrizia Reggiani. From her relationship with Maurizio Gucci to the nightmare that followed, explore the shocking details of this extraordinary real-life case.

In 1994, Pravin Varughese was a college student at Southern Illinois University when he went missing. As his family searched for answers, they faced prejudice, deception, and frustration with the legal system, constantly being told that their son’s murder was his own fault. In this two-hour documentary, television journalist Soledad O’Brien shares the story of a family who turned their mission into finding the truth.

Signs of a Psychopath – Sunday, March 28

Charm. Narcissism. Lack of empathy. Impulsiveness. Manipulation. Deception. These traits and others are the telltale Signs of a Psychopath. This harrowing half-hour archive series revisits some of the most dangerous killers in modern history, reviewing news footage—and the words of the killers themselves—to see which terrifying traits each killer exhibited.

This documentary explores the explosive and devastating aftermath of the 2003 murder of Burbank police officer Matthew Pavelka after a routine traffic stop. His murder puts into motion an international manhunt, millions of dollars seized, multiple homicides, exposure of government corruption, a multi-state wiretap investigation, and the discovery of the Mexican Cartel’s infiltration of a Unites States street gang.

OWN’s Super Soul is based on the three-time Emmy® Award-winning television series Super Soul Sunday. The critically acclaimed series delivers timely, thought-provoking, eye-opening and inspiring programming designed to help viewers awaken to their best selves and discover a deeper connection to the world around them. The series features conversations between Oprah Winfrey and top thinkers, authors, visionaries and spiritual leaders exploring themes and issues including happiness, personal fulfillment, spirituality, conscious living and what it means to be alive in today’s world.

Pig Royalty documents a competition unlike any other – following a group of unforgettable families as they criss-cross throughout Texas, competing in the unique and crazy world of pig showing. These are not your average farm pigs. These Prize Pigs and the people who raise them are some of the fiercest competitors around.  In Pig Royalty, the stakes are high, the money is big and the personalities are bigger!

My Feet are Killing Me: Footnotes – Wednesday, March 17

My Feet are Killing Me: Footnotes features never-before-seen cases with your favorite foot doctors, as well as follow-ups with memorable patients to see how they’re doing today!

Daytime Emmy® Award-winning host, Ina Garten, the Barefoot Contessa, and Primetime Emmy® Award-winning actress, writer and producer Melissa McCarthy have long been fans of one another from afar. Now the two are finally getting to meet, virtually that is, when Cocktails and Tall Tales with Ina Garten and Melissa McCarthy premieres exclusively on discovery+. Fans of Ina’s ‘Quarantini’ from last spring will be able to update their own drinking game, as the ladies explore a new cocktail concoction and are joined by their significant others for a toast as well.

Life is messy and stains happen, but in The Laundry Guy, laundry expert Patric Richardson proves that hope is not lost for cherished items once considered unsalvageable. During the series, he learns the meaningful histories behind his clients’ irreplaceable pieces, from wedding dresses and baby blankets to stuffed animals and vintage coats, and then carefully restores the items to mint condition. The result is grateful clients who are overwhelmed with emotions that run the gamut from joyful relief to exuberant appreciation.

Race Across the World – Tuesday, March 2

How would you race across the globe… if you couldn’t fly and didn’t have a phone? In season two of this real-world adventure series, five teams of two are racing from point A to B… without flying. Each team must travel across the globe by whatever means they can: foot, car, bicycle, boat, bus, ferry, motorbike, horse … with only the price of a flight ticket in their pocket (which will have to cover their food and accommodation), it’s set to be the ultimate globe-trotting expedition. Who will make it in the quickest time and win a big cash prize.

Legendary Moonshiner Stephen Ray Tickle ventures into the backroads of the South in search of the underground world of barbecue, where pitmasters compete in high stakes battles to determine whose heritage, regional style and skills produce the best tasting smoked meat.

Nature photographer Ian Shive joins a group of researchers from the U.S. Fish & Wildlife Service on a mission to one of the most remote places on Earth, Alaska’s Aleutian Islands.

A whistleblower is sued for $1.5 million for plotting to steal a walrus at the heart of the movement to end marine mammal captivity. Phil Demers, a trainer at Niagara Falls’ Marineland, popular for his bond with Smooshi the walrus, quits his dream job after a decade, makes claims of animal abuse and wages a war on social media. For the next decade, Demers is embroiled in a stranger-than-fiction public campaign to Save Smooshi. Nathalie Bibeau’s unconventional and heart-wrenching film drills at the heart of the hills we are willing to die on.

Executive produced by Paul Rudd, Mariska Hargitay, Peter Hermann, George Springer and Patrick James Lynch, My Beautiful Stutter follows five kids who stutter, ages 9 to 18, from all over the United States and all walks of life. After experiencing a lifetime of bullying and stigmatization, these children meet others who stutter at an interactive arts-based program, The Stuttering Association for the Young, based in New York City. Produced by Michael Aldman and directed by Ryan Gielen, My Beautiful Stutter spotlights the incredible transformation that happens when these young people of wildly different backgrounds experience for the first time the revolutionary idea at the heart of SAY: that it’s okay to stutter.

Groomed is the devastatingly powerful story of filmmaker Gwen van de Pas as she returns to her hometown in search of answers about the man who sexually abused her as a child. To understand her ongoing traumas, Gwen travels to meet survivors, psychologists, and even a convicted sex offender. Produced by Gwen van de Pas, Bill Guttentag, and Dylan Nelson, Groomed addresses a common yet little understood manipulation type called ‘grooming’, how to recognize it, and how to stop it.

In 1994, The MS Estonia ferry sank as it was crossing the Baltic Sea. New footage and exclusive interviews help to explore the details of this tragic incident and reveal what may have caused it.

In 1994, Miles Hargrove’s father was kidnapped outside their home in Cali, Colombia by the FARC. In an instant, the Hargrove family found themselves in the midst of a Colombian epidemic – the kidnap and ransom trade. To cope with the long and difficult negotiations, Miles kept a Video8 diary of the events that unfolded. Twenty-five years later, he revisited the footage to turn his diary into a documentary chronicling his family’s incredible story.

From Oscar® nominated director and producer, Evgeny Afineevksy, Francesco features unprecedented access to His Holiness Pope Francis, providing an intimate look at a global leader who approaches challenging and complex issues with tremendous humility, wisdom and generosity towards all. Francesco  spans issues such as climate change, migration and refugees, women’s empowerment, sexual abuse and LGBTQ issues, pandemic, border walls, and many more of today’s headlines.

Jack Osbourne and Katrina Weidman face all-new eerie encounters in the return of Portals to Hell. The avid paranormal investigators resume their chilling journey to haunted locations across the U.S., confronting the dark side of the supernatural as they seek concrete evidence that a spirit world exists. In each episode, Osbourne and Weidman dive headfirst into a site, examining unusual incidents while utilizing specialized technology and a network of experts, including psychic mediums, in their search for answers.

The Ghost Adventures crew – Zak Bagans, Aaron Goodwin, Billy Tolley and Jay Wasley – investigate terrifying tales of the paranormal in all-new episodes. Traveling to different haunted destinations, the team meets with locals, eyewitnesses and experts in an attempt to piece together the haunted history of each site. They then begin their “lockdown” investigation, using the latest scientific gadgets and technology in an effort to obtain physical evidence of the paranormal and uncover the truth behind each haunted mystery.

Features veterinarians working in one of the fastest growing segments in veterinary sciences: the outbreak of lumps, tumors and cysts on animals.

In the BattleBots universe, from the moment you start building a robot, everyone dreams of a chance to fight against the best in the world – the legends that define the sport. Rarely does David get to face Goliath. Until now… In each episode, challengers will compete for the right to become the Bounty Hunter and fight a Legend. The prize: a unique place in BattleBots history, and the major share of a $25,000 cash prize payout in every episode.

Looking for more? Here’s what’s new on The Roku Channel this month.

The post New on discovery+: March 2021 appeared first on The Official Roku Blog.